Dance with abandon – with joy – with a carefree spirit! Dance like no one’s watching. Because you can – and you should when there is something worth celebrating. And this is how I feel.

Now – just on the dance… I did try to upload the Elaine dance from Seinfeld, but I couldn’t find a clip that didn’t come with ads. And I must say – I do a mean rendition of the Elaine dance – but I’ve had to pull back on some of the moves, because I don’t want to put out my back!!!

So – why am I so happy?! Is there a calorie-free chocolate fudge sundae out there? Have I discovered that I actually can eat Blizzards whenever I want without retribution on the scale? Did I shoot 72? Uh – no…. This is even better. We made it!!! Henry and I – that is.

First – Henry. He made it through his debut year of college. He passed everything and gained entry into his program of choice at university. And what is the program? Biological Science… Holy Cow!!! He had to maintain a combined average of over 70% in the math and sciences to get into this program. And this is the kid that I wasn’t sure was ever going to “get” math. When I think of the hours we spent trying to figure out how to explain math word problems. Talk about a double whammy!!!

And he managed residence and living on his own. Was this without some anxiety spells and many calls home? No – but who cares? He stuck with it, put his nose to the grind and got it done.

Secondly – me. My first year with an empty nest. Did I shrivel up and die? Did I drown myself in a mountain of Oreo’s? Although I wanted to at times, instead, I embarked on the “I’m Worth It” project (see https://mypuzzledlife.com/2014/11/). I’m down 30 lbs. and feel fantastic. I feel like me again – when there was just a me. Now I have Super-Duper Me, plus my wonderful boys (FYI – that’s the kids and Left Brain).

So – hooray for Henry! I’m so proud of this kid. So I’m dancing like no one’s watching!!! 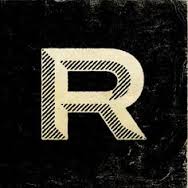 “Are you retarded?” Or how about the ever popular, “You’re such a ‘Tard….” (Had to capitalize that – my computer kept correcting it to yard…) We’ve all heard these before – perhaps these days in the schoolyard, or searching back, in our childhoods.

So – when is it okay to call somebody retarded?

Recently, a FB friend posted a video by Elizabeth Plank, who asked this very question. She is a Senior Editor at Mic, a leading news and media company for young people. I’ve included the video – it’s a short watch. She interviews a young man who has Down’s Syndrome, and who also happens to be gay. She also interviews his Mom. He is a delightful, joyful, artistic, enthusiastic young man and I can’t imagine that he hasn’t brought anything but a great deal of joy and happiness to his family.

If you have a child with special needs, and particularly, a child with developmental delays, you are definitely familiar with the DSM-5. This stands for the Diagnostic & Statistical Manual of Mental Disorders, 5th Edition. This is the go to manual for figuring out what your kid’s deal is; the Bible as it were (if you’re into that). Interestingly, there is no definition in this manual for mental retardation. First of all, to characterize someone as “retarded” is too non-specific (in a clinical sense). But I did look up Autistic. The definition is; “These disorders are characterized by social deficits (check) and communication difficulties (check), stereotyped or repetitive behaviours (check) and interests, sensory issues (double check!!), and in some cases, cognitive delays.” So – this last part is very important. If your child is autistic, there may or may not be cognitive delays. Hence – my concern regarding the whole “retarded” moniker. There are many ugly words out there – they can hurt so much more effectively than a quick jab to the chin.

When Henry was young, people would ask me what was “wrong” with him? Can you imagine doing that to a stranger? Imagine how I felt…. I would mumble something about a speech delay, while inside I was screaming… “I DON’T KNOW WHAT’S “WRONG”!!!! WE ARE HAVING HIM SEEN BY SPECIALISTS AND NOBODY CAN GIVE US A DEFINITIVE ANSWER!!! DON’T YOU THINK I’M TRYING AS HARD AS I CAN?! DON’T YOU THINK HE IS?!” And then I would continue on as quickly as possible – my mind a whirling dervish of thoughts.

When people casually and carelessly throw out words like “retarded”, they have no idea how hurtful they can be. I know how hard Brian and I have worked to try to get Henry to where he is today. And the amount of work that it takes for Henry to navigate his way through a world that is too often judgmental and conformist is staggering. I can only imagine it…

So – when is it okay to use the word “retarded”?