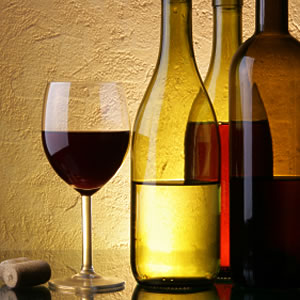 Recently, I spent a night at a friend’s, with a bunch of other gals after a delightful day of golf, to be followed up with some bridge. Our host suggested that October be dubbed “Sober October”.

I found this intriguing. My summer party has lasted into September – and there has to be an end in sight. Some discipline needs to be enforced!!!

Needless to say, the negotiations that ensued were quite hilarious… After the initial collective gasp of horror, we debated the merits of this notion. One proposal was reasonably suggested that wouldn’t it be enough to just not drink during the week? Well – of course, the definition of “the week” continued. I thought to myself that “the week” would be Monday – Thursday (that’s including Thursday). But one gal pointed out that a lot of social activity happens on Thursday nights – so how about no drinking Monday – Wednesday?

This continued down a path (away from sobriety) – wouldn’t it be enough to just drink one glass per night? And then – who are we fooling? – let’s be realistic and all agree to not drink more than 2/night.

There is one thing that we all agreed on wholeheartedly. We all need new doctors/trainers/nutritionists who won’t force us to lie about our habits! That would let go of a lot of needless anxiety – which probably contributes to the drinking in the first place, right?!

Having said all that… I really am going to try. What with everything going on with Henry right now, I need all the sleep/rest/calm/Zen I can get! This does come with a rider however… Thanksgiving is approaching (in Canada), and there’s NO WAY I’m hosting Thanksgiving without drinking!

Now if you’ll excuse me, it’s the last day of September – and if I have any hope at all of achieving my goal, I need to go and get my fill before tomorrow!